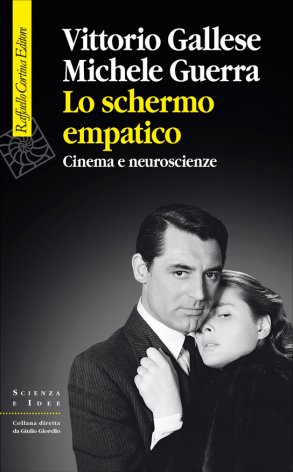 Film theory is now dealing with the impact of cognitive neuroscience on the umanistic debate, even if the dialogue between film scholars and neuroscientists is still rather shy. Much part of the film studies theoretical tradition – semiotics, psychoanalysis, phenomenology, cognitive science – is challenged by the new insights from cognitive neuroscience. Film art is based on the interaction between the viewer and the world on the screen, and matters like immersion, impression of reality, simulation, not to mention the involvement of the viewer’s body in the fictitious world she inhabits, can be reconsidered within a neuroscientific perspective.

At the beginning of XX century a strong theoretical effort came from physiologists and psychologists who immediately noticed the revolutionary and embodied relation between the movie and the viewer. The authors go back to this story in order to integrate neuroscientific research with the present avant-garde of film theory.

Their point is that Embodied Simulation (ES) theory, prompted by the discovery of the mirror neuron mechanism – as it has been proposed in many works by Vittorio Gallese, having an extraordinary impact on phenomenological studies, mind studies, and more generally on aesthetic research – could be an useful index to evaluate the role of viewers’ experience of the film body, that is, the virtual body simulated by camera movements, often representing a sort of avatar for the viewers. This will enable the authors to formulate a new approach to the study of film style.

The book project is articulated in three main parts.

The first part is focused on the concept of mirror neuron mechanisms, ES in their relationship with the humanistic debate.

The second part aims to show the relevance of ES to film studies.

The third part demonstrates how ES theory can implement our approach to the different stylistic phases in film history. They will work on the so-called “cinema of attractions”, Soviet montage, classical Hollywood cinema, European modern cinema from neorealism to the 1960 new waves, contemporary blockbusters, 3D and CGI (Computer Generated Imagery) films. Since the film is probably the most sophisticated form of mediated intersubjectivity and it has generally a goal-oriented and action-packed structure, it appears to be a very useful model for a research like ours, aiming to have an impact both on the neuroscientific and the filmic side.