Treading Where the Gods Once Walked 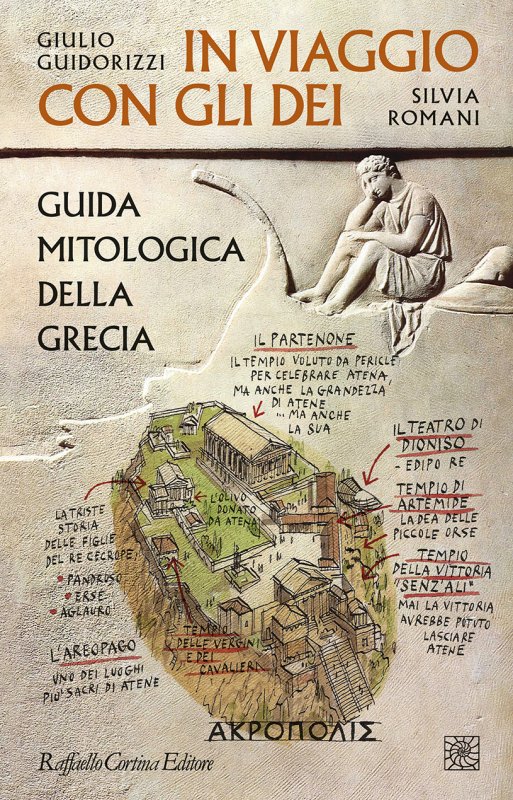 Crete, Delphi, Olympia: following in the footsteps of the heroes we all love

No need to pack your compass, GPS or wind rose. A trip to Greece is, above all, a voyage of the soul. What with whispering oaks murmuring the name of the divinities, mysterious grottos, ancient temples and poetic verses, this journey plunges into the blue depths of the Greek sea in a quest for its gods, heroes, myths and, maybe, for a little knowledge about ourselves: what we were, and sometimes, what we would like to be again.
Resting for a moment under a shady tree next to the ruins of a temple, or in your armchair at home simply dreaming of the journey: this is magic of the myth, always different but always the same at each telling, wherever you hear it.
Giulio Guidorizzi and Silvia Romani guide us through this land where every stone has a story to tell; they encourage us to slow down, to treat ourselves to the pleasure of stopping for a second to wait for a god to pass by on his invisible journey.

A guide to the mythology of Greece, in which places are described as they were seen through the eyes of those who created them in a distant past.