The Direction of Thought 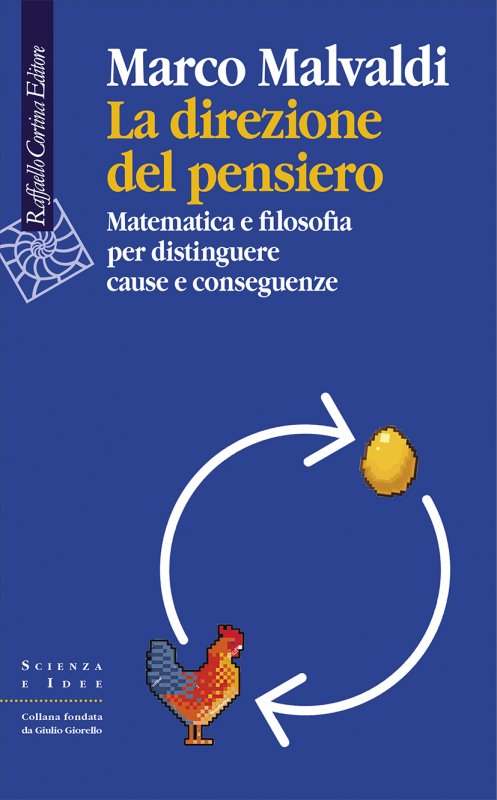 Why? This question, beloved of children of every generation, is the most spontaneous instrument for understanding the world: humans are always trying to separate the course of events into causes and consequences and to understand if the causes are in their turn the consequences of something else. This may sound simple, but in fact it is more complicated than it seems. Take for example a graph showing a strong correlation over a number of centuries between the trend of the concentration of CO2 in the atmosphere and that of the increase of the surface temperature of the earth. Does this prove that CO2 causes global warming? Actually, that same graph can also show that the increase in temperature causes the increase in concentration of CO2, which is chemically feasible, the solubility of gasses in water decreases as the temperature increases. At this point, the question is, which of the two is the cause and which is the consequence? In this case, it is extremely difficult to give an answer. So, are we really able to decide which is the cause and which is the effect? The answer is, not always, but frequently it is. And trying to distinguish between the two, it might be possible to understand what consciousness is. If you are curious to discover how, we’ll try to work it out together.

Marco Malvaldi, chemist and writer, made a debut as a fiction writer in 2007 with the murder mystery novel La briscola a cinque, the first of his successful BarLume collection, which was made into a television series entitled I delitti del BarLume (Murders at the BarLume).